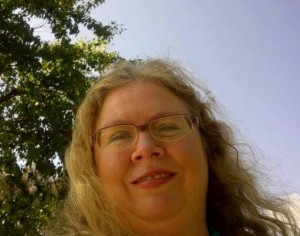 Although it has been some time since I have written an update on this blog, I do frequent green updates on Facebook on Westside Green Living With Wendy, and also have a special “PNW vs. SoCal” with a special page called “Meanwhile Over A Thousand Miles Away“.

I was off to a quick start, finding a ave estate company in Irvine that I thought would be a great fit for me called iNet Realty. It wasn’t until later that my Seattle broker, Linda McFarlane, moved us to The Cascade Team (Issaquah), which also has a presence in San Diego! So my license has been changed to “referral only” status in Washington and I have connected with the San Diego office here. Once I get my license in California I will be building out a team in Orange County. I have already found three people for my time, believe it or not, who I think are going to be great to work with.

Getting licensed here takes months, so I found a part time gig within three weeks of arriving. I was on that job for six weeks and am looking again for work to satisfy the need to pay rent – while trying to get on track with the required clock hours to get my license here. I have given up almost all hope of being able to specialize in “green homes” in Southern California as this area is so far behind when it comes to environmental advances for sustainability in housing it depresses me some days.

There is the beginnings of a green building program here, called Build It Green, which promotes a rating system of “Greenpoint Rated”. It is a recognizable, independent seal of approval that verifies a home has been built or remodeled according to proven green standards. And studies are showing that green labels like GreenPoint Rated can improve property values at time of sale.

Having been a part of the Environmentally Certified housing market in Seattle for years, I KNOW that when a property holds an environmental certification such as Built Green or Greenpoint Rated the homes sells for more money and sooner than a non-certified home. But it helps if the buying public also knows what that is. Orange County, and probably most of Southern California, is years behind the Pacific Northwest in this regard.

So I am here to bring some Green to Orange. Wish me luck! I hope soon to be connected to the green building community here and be able to learn first hand more about how things are going down here.